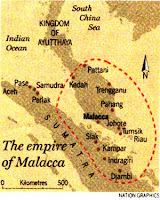 While many historians believe that Pattani had been a tributary state of Siam since time immemorial, and gradually incorporated to become an integral part of Siam, more-recently discovered journals of travellers and merchants of the era suggest otherwise.
The struggle to control Pattani was more than merely starting a few minor rebellions, as simplified in Thai chronicles. The resistance Pattani put up was determined, with residents of Pattani impassioned to defend the local Malay culture and determined to keep alive the historical ideal of an independent state of Pattani.
Jaramias van Vliet, the Dutch official of the Verenigde Oost-Indische Campagnie (VOC), or Dutch East Indies Company, who assumed a post at Ayutthaya in 1633, wrote about the Pattani rebellion during the earlier reign of King Maha Chakkrabat. He stated that Pattani had often sent tribute to Ayutthaya.
Later on, when King Prasartthong staged a coup and crowned himself in 1630, Raja Ungu, the ruler of Pattani, objected to paying tribute to the newly self-installed king. Apart from this affront to Ayutthaya, Pattani even sent troops to attack Phatthalung and Nakhon Si Thammarat, seized two vessels departing from Ayutthaya, and transported Chinese goods to Batavia.
In late 1633, Ayutthaya recruited troops to subjugate Pattani again, but had to delay the campaign for a year. In the middle of this intense atmosphere of war, the Raja of Kedah intervened and assisted in a reconciliation between the parties. King Prasartthong changed his mind and Ayutthaya sent a diplomatic mission to negotiate with Pattani again.
In March, 1636, during the reign of Raja Kuning, a Pattani diplomat came up to Ayutthaya. A preliminary agreement resulted in a "very important person" of Pattani coming up to the Ayutthaya court in August of the same year to pay a tribute of golden flowers to King Prasartthong. Pattani continued to pay tribute to Ayutthaya for several years. It is recorded as doing so in June 1639, while Kedah did her part in August of the same year. The situation, however, changed when Pattani joined Kedah and Songkhla to resist Ayutthaya during 1646-9. They even sent troops to attack and occupy Nakhon Si Thammarat for some time in 1649.
In late 1649, Ayutthaya sent troops to suppress the rebellion again. There is no detailed evidence about the battle, but it turned out that in September 1650, two ships of Songkhla brought a peace message with the usual golden flowers to pay homage to King Prasartthong.
Excerpt from a paper entitled "Ayutthaya in Pattani's Grasp: Historical Writings and Local History" presented by Davisakd Puaksom, Institute of Liberal Arts, Walailak University Nakhon Si Thammarat, at The First Inter-Dialogue Conference on Southern Thailand held in Pattani last month.
Posted by Burung Murai at 11/01/2007
Newer Post Older Post Home